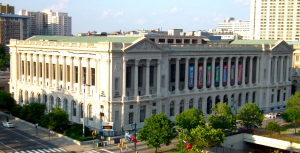 The Free Library of Philadelphia

Join Dr. David E. Guggenheim for a book signing and lecture featuring his new book, The Remarkable Reefs of Cuba: Hopeful Stories from the Ocean Doctor. The book was reviewed and featured in The Pennsylvania Gazette, the alumni magazine of the University of Pennsylvania.