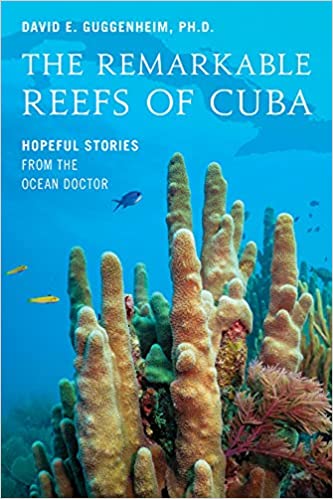 Marine scientist and conservation leader Dr. David E. Guggenheim has had a front-row seat to this disaster. But when he began a new chapter of his career in Cuba, he found something completely unexpected: hope. After years of watching reefs deteriorate, Guggenheim was astonished to come face-to-face with Cuba’s remarkably healthy coral reefs overflowing with marine life. Guggenheim reveals the hidden lessons of Cuba’s reefs that could help rescue coral reefs around the world. Understanding why takes us on a journey through the island’s unique history – and our own.

Guggenheim tells the story of the demise of the world’s ocean ecosystems, the hard work of those trying desperately to save it, and an unexpected beacon of hope from an island full of mystery and surprise.

Founded in 1974, South Florida Divers is a dive club with a long legacy of diving Florida’s reefs and wrecks. Learn by diving with a skilled group of divers who know the dive boats and have worked with dive operators on the east and west coast of Florida. We participate in local reef clean-ups, reef and fish surveys, wreck sinking, and turtle-nest monitoring. We aim to protect our reefs and help our members become better divers.